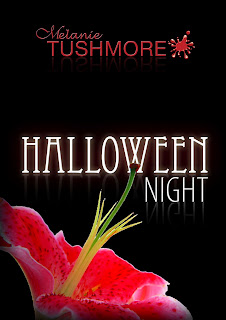 No part of this book may be reproduced by any means, nor transmitted, nor translated into a machine language, without the written permission of the author.

This story is a work of fiction. Any references to historical events or real people are used fictitiously. Any resemblances to actual events, localities or persons, either living or dead, are entirely coincidental.

This story features adult content and should not be viewed by anybody under the age of eighteen.
This work contains adult references including the taking of psychedelic drugs that serve only as a part of this story. The author does not advocate the taking of drugs nor any unsafe behaviour whatsoever. Any unsafe behaviour within this story is written for fictional purposes only and should not be viewed as an example nor replicated in any way.

Saturday, and it was Halloween. Goth Christmas, they'd joked. Obviously they were all going to the Halloween special at Slimelight later. Brandon waited impatiently for his shift at the pub to finish, eyes darting repeatedly to the clock on the wall. It was still daylight and, thankfully, not busy yet. The gothic themed pub was as quiet as the proverbial graveyard.
“How can you not like Scotch eggs?” one of the die hard regulars asked, drawing out yet another tedious discussion topic.
Brandon turned his nose up. “I just don't.”
The man thought this was hilarious, and guffawed, “But you're Scottish!”
“I don't like eggs, man.” Brandon moved away from the bar, under the pretence of tidying up. After he'd cleared away the one glass lurking on a table, he gazed up at the clock again. Hours to go yet. And as if being forced to talk to drunk old bikers wasn't bad enough, the large windows at street level were even worse. The pub sat slap band in the centre of Camden town, and a Saturday afternoon meant that Brandon had to endure seeing the never ending procession of shoppers and revellers while he was stuck at work.
The people watching was hypnotic, if slightly encumbered by the cheap décor of fake cobwebs and rubber spiders. The sad fact was, that décor was there all year round. Occasionally a familiar face would stroll by, either forgetting Brandon was at work or blithely waving at him without stopping.
Not much later, one of his favourite familiars flitted past the windows. His friend and bandmate, Sky, slowed his step as he gazed into the pub, a cigarette between his lips. Brandon smiled. Likely Sky was looking for him. With the pub being so dark inside, it wasn't easy to see in from the street. Brandon waited, enjoying that brief moment of voyeurism before Sky spotted him. It was always a pleasure to look at Sky, he was the dictionary definition of pretty boy goth.
“Oh god,” Brandon's colleague and bar supervisor grumbled. “He ain't coming in here, Brand.”
“Aye, he won't,” Brandon said quietly.
Sky spotted him then. He held the cigarette in his fingers and pointed off to the side, toward the front entrance. To be annoying – and because he loved to play with Sky – Brandon pointed in the other direction, grinning. Sky responded by leaning into the window and opening his mouth. A blotch of steam appeared as he breathed on the glass, which was easily the most erotic sight Brandon had seen for some time. With his finger, Sky drew a crude symbol on the window, then pointed again to the entrance.
Brandon relented. He strode through the pub and slipped out through the heavy front door. Sky rounded the corner and appeared beside him.
“A'right,” Brandon greeted. “Unfortunately, they told me you're still barred so y'can't come in.”
“Really?” Sky snorted a laugh. “Well, in the words of The Anti Nowhere League, 'so fucking what?'” He extended an arm and tapped ash from his cigarette onto the pub's front step, to further his point.
Brandon chuckled. “It's dull as shite anyway, man.”
“I know, that's why I don't miss it.” Sky brought the cigarette to his lips and inhaled. “You coming out later?”
“Obviously,” Brandon said, an intentional mimic of something Sky would say.
“Oh, obviously?” Sky said, looking up at Brandon. “So are you tripping with us too? I'm picking up the tabs later.”
“Aye, g'wan then.”
“How many?”
“How strong is it?”
Sky shrugged as he continued to smoke. “All right, I guess. Won't know until we take some.”
“Get me two,” Brandon said. “But I've got an early shift Monday so I can't get too wrecked.”
Sky laughed. “Harsh.”
“I know. Hey, you dressin' up?”
“Obviously,” Sky replied, with a smirk. “It is Halloween.”
“What y'goin' as?”
“Aha.”
Brandon frowned. “Aha?”
“It's a surprise.”
“Oh, right,” Brandon quipped. “So no cuttin' holes in the bed sheets?”
“Huh?”
“For a ghost, y'know?”
Sky frowned. “I don't own white sheets, you knob. You know that.”
Laughing, Brandon nodded. He did know that, although not via the way he would've preferred to be acquainted with Sky's bed. Unfortunately for him, Sky was straight. Or so Brandon had assumed. It was hard to tell when Sky rarely stopped playing guitar long enough to so much as glance at anybody, let alone date.
“A pumpkin, then?” Brandon teased him.
“Shut up. You'll see later. In fact –” A smile tugged at Sky's pretty mouth. “– I'm off to get the finishing touch just now.”
“Thought y'were goin' to get the tabs?”
“Nah, later.” Sky flicked his cigarette onto the pavement and ground it out with his boot. “Right, I'm off.”
Brandon watched him walk away. “Aye, see ya.”
“You want two, yeah?” Sky walked backwards so he could flip two fingers at Brandon.
“Aye.” Brandon raised his hand and flipped two fingers right back. “Two's great.”
“Not four?” Sky flipped him off with both hands.
“No.”
Sky smiled as he turned away, still waving two fingers over his shoulder. Brandon chuckled.
Work was even more dull after Sky's visit. The pub began to pick up as the light faded to grey outside. Brandon was busy pulling pints when a knock at one of the windows caught his attention. It was Sky again, holding up a plastic bag.
Brandon watched with interest as Sky delved a hand inside the bag and brought out a small item. It looked like a bright red exotic flower. Sky waved it around whilst looking pleased with himself, then he was gone. Brandon didn't understand what that was all about but he was definitely looking forward to seeing this surprise outfit.

When Brandon woke later in the evening, his head felt thick, and thumped with hangover. The first thing his sore eyes focussed on was the vivid red of the plastic hibiscus cradled in his hand. He twirled the flower in his fingers as his muddled brain slowly replayed the events of last night. Brandon smiled.
When he stood up, he ignored the head rush that greeted him. He staggered over to his mirror, clipping the flower to its edge. Before he could dwell on it for too long, his stomach rumbled, demanding attention. He realised he felt completely empty.
Sounds from downstairs reached his ears at the same time his nose picked up the tell tale smells of something cooking. Drawn by hunger, Brandon vacated his room, thundered down the stairs, and to the kitchen. Sky was there, crouched in front of the oven's open door with Jamie behind him, leaning against the counter. They both looked up as Brandon hovered in the doorway.
“Ahh.” Jamie chuckled. “It has risen!” He took a bite out of some sort of confectionery, partially unwrapped and dribbling in his hand.
Brandon frowned in an attempt to focus his eyes. “What's that?”
“Choc ice,” Jamie said, with his mouth full.
“Ugh.” Brandon made a face. He didn't want ice cream. He looked elsewhere, eyes darting about for clues as to what was on offer. On the counter top, he could see an opened packet of bread, the almost finished bottle of Worcester sauce, the cheese grater, and a plate of grated cheddar cheese.
“What y'makin'?” he asked Sky hopefully. As if on cue, his stomach growled.
A smirk appeared on Sky's lips. “Cheese on toast. I suppose you want some?”
“Aye, too right,” Brandon answered, and his stomach eagerly agreed.
“Find a plate then,” Sky instructed.
Brandon strode into the kitchen, toward the sink, and crashed about with the pile of unwashed dishes until he found one that wasn't too disgusting. He wiped it off with his hand, then passed it to Sky.
“Oi, hang on,” Jamie complained. “How come he's getting some, why don't I get any?”
Sky threw Jamie a glare over his shoulder. “Jamie, I just watched you eat two bowls of cornflakes, followed by that choc ice.”
“Yeah, but I'm still hungry.”
“And why is that my problem?” Sky turned his attention back to the oven.
“Oh, go on, Sky,” Jamie whined. “I'm hungry.”
“All right, shut up a minute.” Sky held the plate ready and pulled out two piping hot slices of cheese on toast, cursing when he burnt his fingers. “Fuck, that's hot.” He brought his fingers to his mouth and absently licked them as he offered the plate.
Brandon was momentarily distracted, staring at Sky's lips and the tip of a pink tongue that licked the grease from his fingers. All it took was that split second of visual to send his mind wandering.
Sky stopped licking and snapped, “Earth to Brandon!” He thrust the plate forward. “Do you want this or not?”
“Oh, sorry,” he mumbled, accepting the plate.
Sky rolled his eyes, then turned away to prepare another round of toast. Brandon watched him, quietly mesmerised by his movement and the meticulous way he lined up the bread. Sky always had a slight pout on his lips when he concentrated on something, no matter what it was. It was a very subtle pout. Brandon wondered if Sky was even aware that he did it.
“Are you still tripping, Brand?” Jamie asked.
Brandon blinked to right himself, and glanced at Jamie. “Eh?”
“You're just standing there like a dick, letting your toast get cold.”
“Um....” Brandon looked at Sky, who had paused to direct a frown at him. A frown that said: what the hell's wrong with you? “Um, no,” Brandon said. “I'm fine. Cheers for this.” He gestured to Sky with his plate.
Sky lost the frown and smiled, just a little. He went back to arranging his cheese and bread. Jamie offered instructions from behind him like some back seat chef. As they started to bicker over the amounts of cheese needed, Brandon decided to leave them to it.
He could talk to Sky some other time. 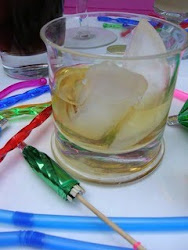